What is a Smart Contract?

A smart contract is simply a piece of code, or a program, that automatically executes pre-defined actions upon certain conditions being met. Essentially, smart contracts represent automated versions of real-world contractual obligations. Although the term has taken off since the advent of the Ethereum blockchain in 2015, and is usually used synonymously with decentralised applications residing on blockchains, in fact, smart contracts have been with us in electronic form since the start of e-commerce on the web, and indeed the vending machine [1] has been noted as the earliest form of technology to incorporate a smart contract. A blockchain is not necessary to have a smart contract.

To understand this further, consider the fact that virtually all contractual agreements in society involve the exchange of two or more things between at least two parties. Those things could be commodities, intellectual property, permission to use a piece of personal data, your time (i.e. wages), cash, securities, etc. In dealing with others, a legal contract serves as a form of written insurance that you had an agreement, in order to deter dishonest actors from being tempted to renege on the deal, for instance by selling something they don’t own. A further way of managing the inherent trust issue, for example with large financial deals, is to use a third-party intermediary to hold the two items being exchanged in escrow, with the party releasing the items to the new owners upon receipt of both. All for a fee, and likely taking place over a significant time period; buying a house still operates largely like this today.

Imagine instead that a computer program can verify that both parties have the items, then potentially the need for a third party is eradicated, or at least some form of security is automatically extended to both transacting parties. As with most automated processes, this should remove a lot of inefficiency in the process.

An example (see 'In Pictures' below) of a smart contract that many of us in large cities interact with regularly, is through the Uber app (or a similar taxi-hailing application)[2]. When booking a ride, the app uses your payment method to determine that you have the funds to travel, that the 'from' address exists and is reachable (similarly with the 'to' address), and then when satisfied, arranges for a driver.

In actual fact, as can be seen with a retail banking app on your device, at the point of requesting a ride Uber debits your account (cue notification of spend from the bank) and holds it until completion of the ride. If a driver is not assigned or they cancel, then a similar notification indicates your funds are refunded to your account. If, however, you ride and the driver completes the trip, then the condition that the driver has provided his time and service is met, and at that point, Uber releases the funds (minus a fee) to the driver. In this example, a smart contract has ensured the exchange of two ‘items’ (your cash and the driver’s time and fuel) in a way in which both you and the driver feel confident that neither is at risk of losing out. In a similar way, smart contracts in capital markets can automatically execute a range of actions, be it trading in securities, ensuring delivery vs payment, or validating that collateral provided meets the agreed schedule. More on this in the next section.

For a more technical dive into smart contracts, there are materials listed under 'Further Reading'.

Issues with a Smart Contract

Whilst smart contracts come with many benefits, consideration should be given to some of their limitations too.

First, as the sorcerer’s apprentice discovered in Disney’s Fantasia, automating something that is badly designed or poorly controlled can lead to unexpected and undesirable consequences on a large scale. This is true of any automated process, and also a limitation of technology like robotic process automation (RPA). A small mistake, repeated, can become a very big mistake very quickly.

Secondly, for smart contracts that do exist on public blockchains (private chains are more likely to incorporate permissions around what can be seen by those with access to the chain), the fact that the smart contract is visible to all users means that any vulnerabilities, bugs, and errors can be exploited more easily.[3]

Compounding both above issues, is the fact that once a smart contract is released into the wild (deployed) on a blockchain, it cannot necessarily be updated.[4]

Lastly, smart contracts are not necessarily legally binding [5][6] in all jurisdictions and circumstances, so proper legal advice should be taken when using a smart contract. It should be noted that there is a separate concept of a 'smart legal contract' that is legally binding [7]. Regulation and legal status are areas that the market should expect to see developing pace over the coming years.

Having described smart contracts as automatically executing actions upon satisfaction of set criteria, the most obvious use case within the securities lending market is that of 'loan release'. Many lenders will have existing operational processes which require collateral to have arrived in an account prior to releasing the securities on loan, and not just for pre-pay loans. Often this will involve an actual person checking collateral accounts, often at sub-custodians, to determine the arrival of the collateral, ensuring it matches the loan ticket value and criteria, and then releasing manually. This is time-consuming and prone to error. It can and does go wrong, resulting in unnecessary exposure.

A smart contract operating on a chain in which securities and collateral move between parties, should be able to accurately verify the delivery of collateral and instantaneously move the securities with 100% accuracy and reliability. This concept of atomic delivery vs delivery is already starting to occur, and indeed is offered by some of ISLA’s membership today.

By feeding the smart contract with information from an oracle, essentially an external source of high-quality reference data, it can check more complex criteria much more quickly than current methods. For instance, if criteria include certain ESG measures or categories, or indeed the collateral basket has a traditional but complex eligibility profile, the contract could do that automatically, even rejecting or negotiating changes to the collateral provided.

That means that smart contracts are also good candidates to efficiently manage a firm’s margin calls. As they are automated, that should also allow for more frequent intra-day margin calls where required, with a good enough real-time source of prices.

As digital and crypto-assets become more ubiquitous, as well as the various cryptocurrencies including CBDCs and Stablecoins, smart contracts on-chain are the best way to deal with these asset types and facilitate payments/deliveries in a clean way, due to their inherent digital nature.

A final thing to watch closely is that, as mentioned above, smart contracts will inherently be able to ensure that a party owns an asset it is selling. This single point has ramifications across all markets, from the regulations that currently prohibit naked shorts, to the management of future long box position keeping, and even perhaps the transparency of agreements by regulators. This last point could, at some stage, provide supervisory bodies with a significant insight into the operation of markets.

Finally, as with all technology advancements, the question of inter-operability will arise, as smart contracts operating on separate chains or networks may be required to interact. It seems prudent that a standardised methodology for constructing smart contracts that describe security loans be done so using a standard informed by industry best practices and market standard legal documentation. This means that the Common Domain Model (CDM) would sensibly be the foundation for a standardised securities loan smart contract in the future. 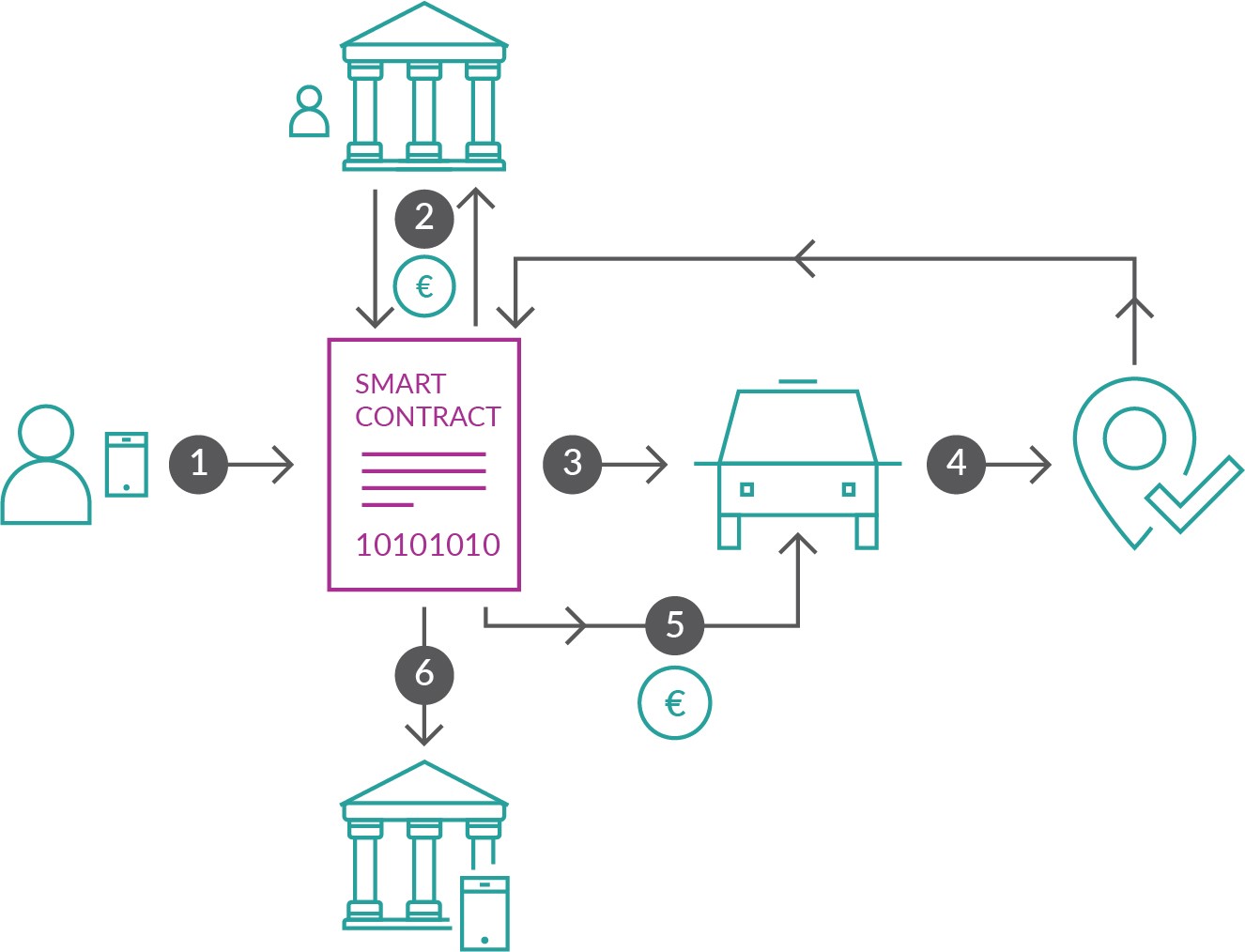