ISLA Responds to the Consultation on Financial Collateral Directive

ISLA in its response, emphasised the importance of the FCD’s functioning to recognise the value of netting mechanisms, and as such, has advocated for the scope to be kept as broad as possible to support the credit mitigation techniques that contribute to efficient markets. ISLA also recommends that divergence on applicability across Member States should be minimised where possible.

ISLA commission legal opinions that support the use of the Global Master Securities Lending Agreement (GMSLA) across several EU jurisdictions. These legal opinions consider in detail the effect of the Bank Recovery & Resolution Directive (BRRD) II, as implemented into applicable national law.

For any questions or queries, please contact Tina Baker, Head of Legal Services.

ISLA’s response can be found here.

A link to the consultation regarding financial collateral arrangements can be found here.

A link to the consultation regarding settlement finality in payment and settlement systems can be accessed here. 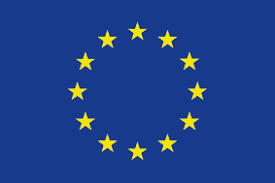